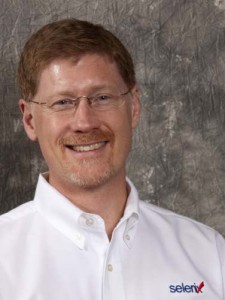 With more than 25 years experience in software product development, Mr. Griffin has held leadership positions in a variety of early-stage technology ventures. As lead developer and later Vice President of Software Development for Micrografx, Mr. Griffin was instrumental in developing several of the first retail software products for Microsoft Windows and was recognized in 1994 by Microsoft founder Bill Gates as a Windows Pioneer. Mr. Griffin first worked on utilizing the Internet for the marketing of financial services as CTO of Lifeweb, leading a team developing a web-based agency management system. Later, as Director of Software Development for SelectQuote, one of the largest marketers of individual term life insurance in the U. S., Mr. Griffin led the team that developed the company’s first e-commerce presence. As co-founder of Selerix, Mr. Griffin has overseen development of one of the most comprehensive solutions for benefit enrollment and worksite marketing. Mr. Griffin received his Bachelor of Science degree in Computer Science from Rochester Institute of Technology in 1984.